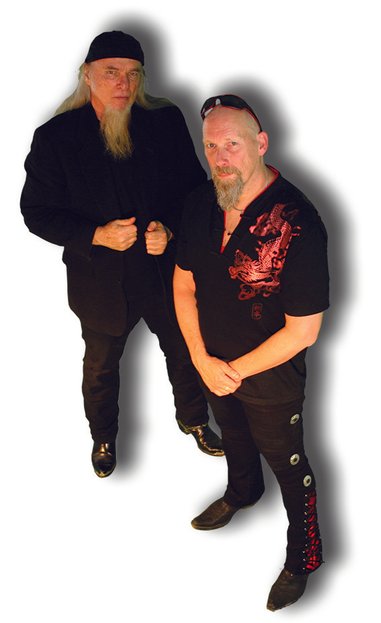 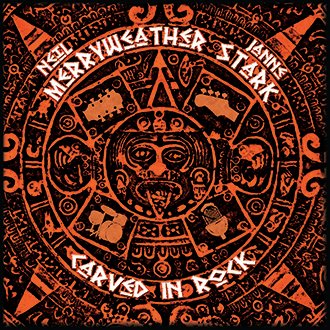 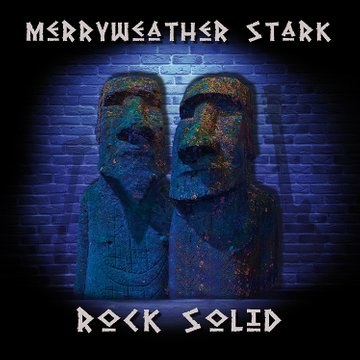 Some musical combinations just happen, and when they happen there are sparks and fireworks! This is such an occasion!

Neil Merryweather has a long career as a singer, bass player, composer and producer including playing and recording with Mama Lion, Heavy Cruiser, Eyes, Lita Ford, Steve Miller, Randy California, Hundred Watt Head and of course the under his own name, such as the classic “Kryptonite” and “Space Rangers” albums. Janne has released numerous albums with bands like Overdrive, Grand Design, Constancia, Locomotive Breath, BALLS and Mountain of Power. Between them they appear on well over a hundred albums.

Neil: - Janne originally reached out to me to get my ok on his Mountain of Power “Volume Three”, covering two of my songs from my "Kryptonite" album. I asked if I could contribute a few vocals to the album, and that's how it all started. We just continued our new friendship and musical relationship into the Merryweather Stark "Carved In Rock" album. It all came together very quickly, one song after another. It's been a fun endeavor and it's been so great working with Janne and I believe it will go on as long as the two of us can still rock!!! It's also great when you find a record company that gets what you did and believes in it, a perfect combination from start to finish!

Janne: - The writing process has been so effortless and so much fun. Some songs I’ve had the basic musical idea for, sent it to Neil, he got back with vocal ideas and lyrics, maybe switched things around so that the bridge became a chorus and the solo section became a verse. Some songs Neil came up with and I added some additional ideas. We also did a re-recording of one of Neil’s old tracks: “Always Be You”, which he still sings in the same key it was originally recorded in 1974, says Janne. The track was featured as a bonus track for the vinyl version of “Carved In Rock”.

When it came to the mixing of the album, it didn’t take long to realize the most perfect person to mix it was Martin J Andersen, who also mixed the Mountain of Power album, plus he’s a great singer and guitarist (Blindstone, Meridian) who understands the genre. Janne and Neil were aiming for a classic, dynamic, seventies oriented sound without sounding dated. All real acoustic drums, bass, guitars and tube amps, like it’s supposed to be! Drums on the album were handled by Peter “TrumPeter” Svensson, whom Janne has been working with since the 80s in various bands like Locomotive Breath, Constancia and Mountain of Power.

In 2019 Neil and Janne started working on a new album. This time they started out like the first album, sending files back and forth, but when it was time to finish up the album end of November/beginning of December of 2019, Janne flew over to Las Vegas. There, he and Neil finished up writing the songs and brought in BONG drummer Michael Maysonet to record the drums in Neil's studio. Janne went back to Sweden and finished up the guitars and bass, while Neil recorded the vocals in his studio. This time Janne mixed and mastered the album. GMR Music was again interested in releasing the band, and the release was set for November 27, 2020. The title: "Rock Solid". The album is released on CD and a limited vinyl run of 300 copies.

"I'm humbled to have had the privilege to work with such a beautiful man, such a creative and professional musician and such a kind and fantastic person. He will be forever missed." - Janne Stark

Drums on "Carved In Rock" by Peter “TrumPeter” Svensson 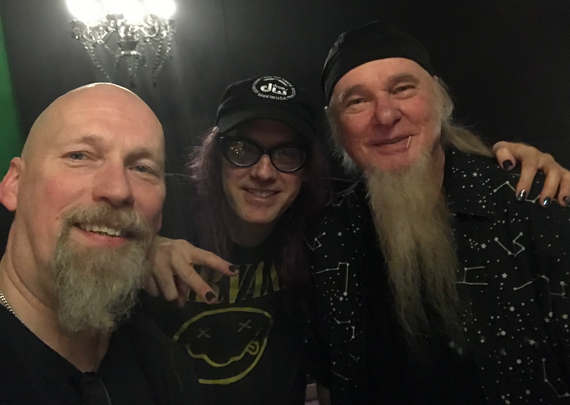 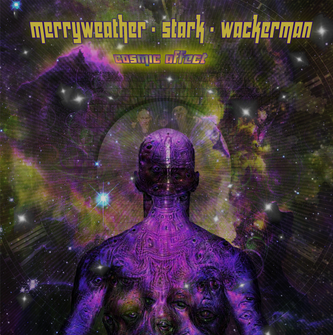 finishing up the second Merryweather Stark album together

with Neil. While there, they were invited to check out the

John Wackerman and the three of them hit it off immediately.

Studio owner, Bobby Ferrari, said the studio was not booked

that weekend and suggested they should come in and jam.

Janne hadn’t brought any guitar, so he borrowed a Les Paul

Varney. Neil, Janne and John instantly hit it off musically and

the ideas and inspiration were flowing. Bobby had set up to

record, just in case, and the first day they ended up writing

On the second day they managed to get four new songs down.

They were based on some old ideas Neil and Janne had,

plus some new stuff they wrote there and then. Musically they

bands like Bad Company, Point Blank, ZZ Top and even a hint of King’s X in a few riffs.

Since it was going so well, Bobby said they could use the studio also on the Monday morning.

On the third day they quite quickly got two songs down. Time was now running out and they only needed one more song to make it ten, which felt like an album. John suggested he’d just start a beat and then let it take its own course. No pre-planning, no initial ideas, no click track, just go for it. It ended up being the song „End Times“.

Neil then recorded the vocals in his own studio and Janne went back to Sweden where he finished his guitars and bass. Since no click tracks were used, they had to get in the groove with John’s drumming, which was no problem. They also invited their friend Mike Varney to record a guest solo.

In January 2021, Neil started having eye problems. It however turned out to be a malignant brain tumor. He had it removed, but they knew it wasn’t going to be a happy ending. On March 28, Janne and Neil FaceTimed, talking about Janne coming over so they could mix the album and finish up what they started as soon as Covid was over. Only a few hours later Neil sadly passed away.

Here the story could have ended, but together with Neil’s partner, Kathleen, they decided the album should be finished and released. In March 2022, Janne flew over to Las Vegas to retrieve Neil’s vocal files from his studio and again meet up with John and Bobby. He took the files back to Sweden to mix and master the album.

The title of the album, „Cosmic Affect“, was John’s idea, since there was surely something cosmic that affected these three minds to come up with an album’s worth of great songs in just two and a half days.

Hard rock the way it's supposed to be!